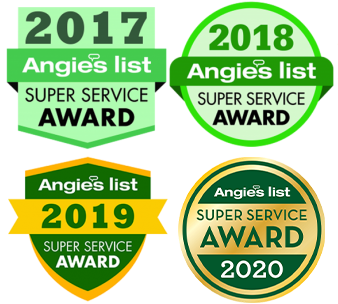 Request A Consultation Have The Outdoor Living Specialist Create a Vacation in Your Backyard!

Give Us A Call

Many people are unaware of the differences between a regular deck builder and a deck building contractor. Essentially, the main difference is that a regular deck builder will fix small deck issues (maybe build an occasional deck) and is usually a single person who works for him or herself. A deck building contractor usually deals with larger construction type jobs that involve the entire backside of a home, pool or even a larger outdoor living space.

What Does a Deck Builder Do?

Deck builders usually handle normal deck issues such as broken deck boards, wobbly stairs, protruding nails, adding new or fixing shaky handrails, and others. In other words, they handle a repair of the existing deck- and not a full install or overhaul of the deck (though there are a few deck builders that will agree to tackle a full new deck install). They can, however, install some parts like decaying boards, cracked deck rails, stair planks, rusty nails, replace rotten beams, rusty & broken hardware, and so forth.

What Does a Deck Contractor Do?

A deck contractor will handle more difficult responsibilities. They can also do all of the above tasks mentioned – and much more. It might be a full-on outdoor living area which may include but not limited to a new deck with all the fixtures and features such as a swimming pool, lighting, kitchen, BBQ grill, flower boxes, pergolas, stamped concrete, or even larger jobs.

Deck contractors are responsible for installing the entire deck and all amenities. Many of them also handle the installation of light fixtures which include all the electrical work, water features and fire pits, and more. They can still, of course, handle the maintenance required on your deck or outdoor living area. However, most of the time, a deck contractor will prefer larger jobs.

Hiring a Deck Builder or a Deck Contractor

Typically, once you have hired a deck contractor you can also ask them if they will give you information about who to call to fix smaller tasks. They will more than likely give you their card.  Normally, deck contractors charge significantly more than individual deck builders. This is because their skill level is more focused on larger, more extensive jobs and they bring a fully qualified team to get the job done right!

Because of the differences in the type of jobs they handle, both types of deck builders usually work on a different type of payment structure. Most sole proprietor deck builders will expect payment the very day of the service once they have finished the job; whereas a deck contractor might be more amenable to send a bill that you can pay later assuming you have paid something up front and many deck contractors offer financing such as this example CLICK HERE.